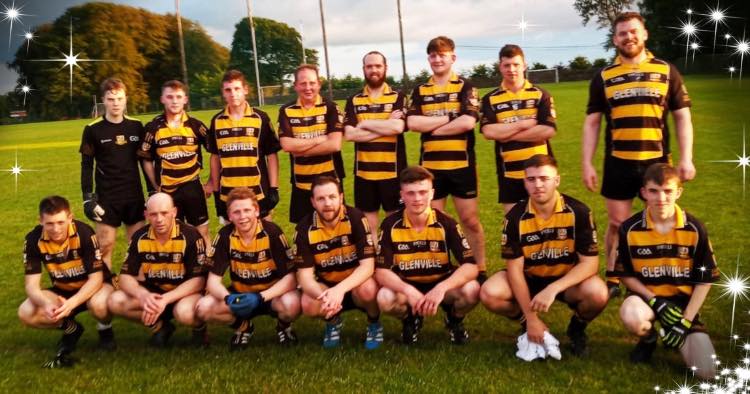 Glenville hosted West Cork side Gabriel Rangers in Round 10 of the County Intermediate football league. It was the West Cork outfit who started best and raced into a 1-2 to 0-1 lead after the opening quarter. In the torrential rain, Glenville began to get a good foothold in the game and points from Josh, Sean and Eddie had us even at the break 1-4 to 0-7. Glenville began the second half brightly and had the opening score courtesy of Dylan. Then, Glenville were reduced to 14 players for the remainder of the game and this seem to prove decisive. Gabriel Rangers kicked the next 4 points and went 3 points clear. However, Glenville dug in and kept in touch with points from Dilan and Josh to cut the deficit to one gong into added time. However, the extra man proved key and Gabriel kicked three unanswered points in injury time to run out winners by four points. We have 2 games remaining in the league which are away to both Mitchelstown and Bantry, which will be played over the next few weeks. We will play Mitchelstown in Round 2 of the championship but there is no date fixed for this game yet.

Glenville took on Lisgoold on Monday night in the East Cork Junior football division 4 league played in Glenville. On a lovely sunny evening, Glenville opened the scoring through Josh with a couple of points. Then Lisgoold hit back with a goal and three unanswered points from play. Glenville started to get in the second quarter and points from Richie, Josh and Paudie and a goal each from Rob and Colm left Glenville 2-7 to 1-5 ahead at the interval. The second half was an even game throughout and some good scores from Paudie, Greg and Josh and a great goal by Rob left Glenville run out deserving winners by four points.

The U10s hosted Cobh on Saturday morning last as part of the St. John's weekend celebrations. Both of our teams played some cracking football on the day. Well done lads!

20 to 1 Lotto Promotion – The next 5 out to be in with a chance of winning 1,000 euro on June 28th is Tim Dinan, Turlough Duggan, Mike & Evan O Donaghue, Ann Marie Gowen, Michael O Driscoll

On Friday night last, we had our annual summer BBQ in the GAA pitch. Again, we were lucky with a nice fine evening and great turnout . On Saturday morning we had upwards on 400 boys and girls playing football blitz games all morning from 9am. This obviously requires a lot of planning, cooperation and organising . A huge thank you to the organising committee, referees, (some up and coming one Donnacha and Ciaran!!) who did a fantastic job running a very good day of games, catering etc.
Thanks to the Bride Rovers, Cobh, Erins Own Watergrasshill ladies and Castlemartyr clubs who participated.
To KEPAK, SUPERVALU GLANMIRE, TIM MADDEN HB, we are most grateful for your supplying of food and icecream .
Thanks also to the many people who supplied cakes, sandwiches etc. And of course, to our chef for the night Donal Lehane who fired out the burgers like confetti. !!
Finally, the ladies in the club did a great job and without them we'd be lost. The Watergrasshill ladies club for their help all contributing to the smooth running of the event.