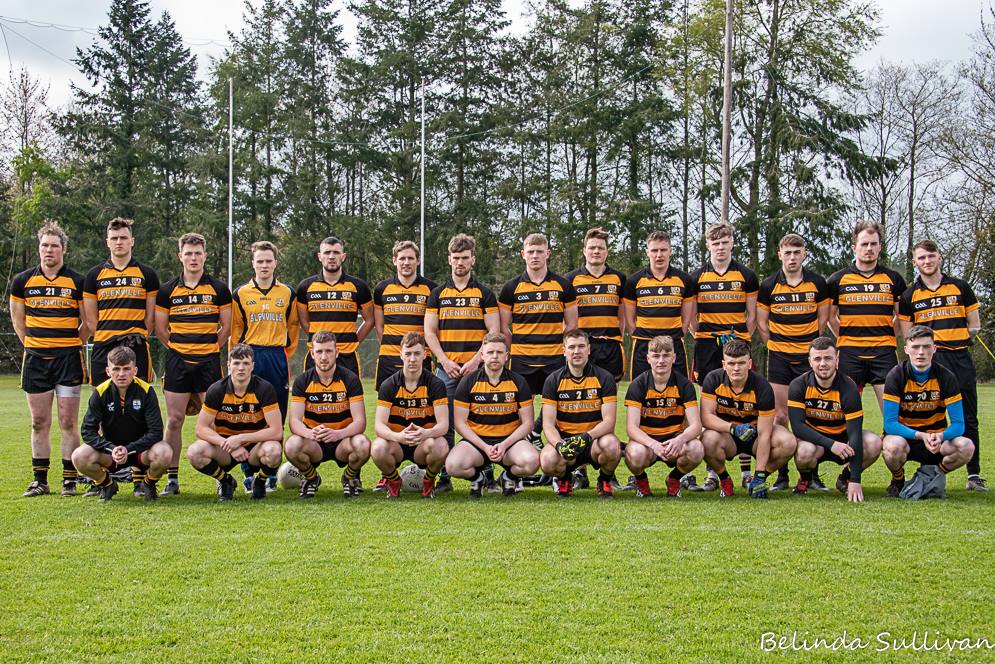 Glenville travelled to Mitchelstown on Sunday morning last in round 11 of the football league. This was an even contest all the way through. Glenville lead at the break by the minimum 1-5 to 1-4, the goal coming from Diarmuid. We started the second half the best and had a goal inside the opening minute through Josh. Further goals from Dilan and James had us ahead by 6 coming into to the closing 10 minutes. Mitchelstown added another goal and couple of points to leave us ahead by one going into injury time. James kicked over the final point for us to give us the points on offer.

Glenville took on Aghada in round 2 of the East Cork Junior B football championship in Rathcormac on Tuesday last. This was certainly a game of two halves. It was Aghada who were the dominant team in the opening half and a 9 point to 4 point at the interval. Glenville upped the ante in the second half and kicked 6 points in a row to regain the lead through, Greg, Josh, Paudie and James. Aghada hit back with a point but Glenville drove on again and kicked a couple of points and then Josh killed the game off with an excellently taken goal. This was a great second half performance from the lads and now means Glenville topped the group after beating Glanmire previously and will now play Bride Rovers in the semi-final. No date has been confirmed for this game yet.

Glenville hosted Fermoy in a game on Sunday morning last. After a good hour’s play, it was Fermoy who came away with the win.

Saturday July 13th U14 Football V Glanmire in Glanmire at 11am