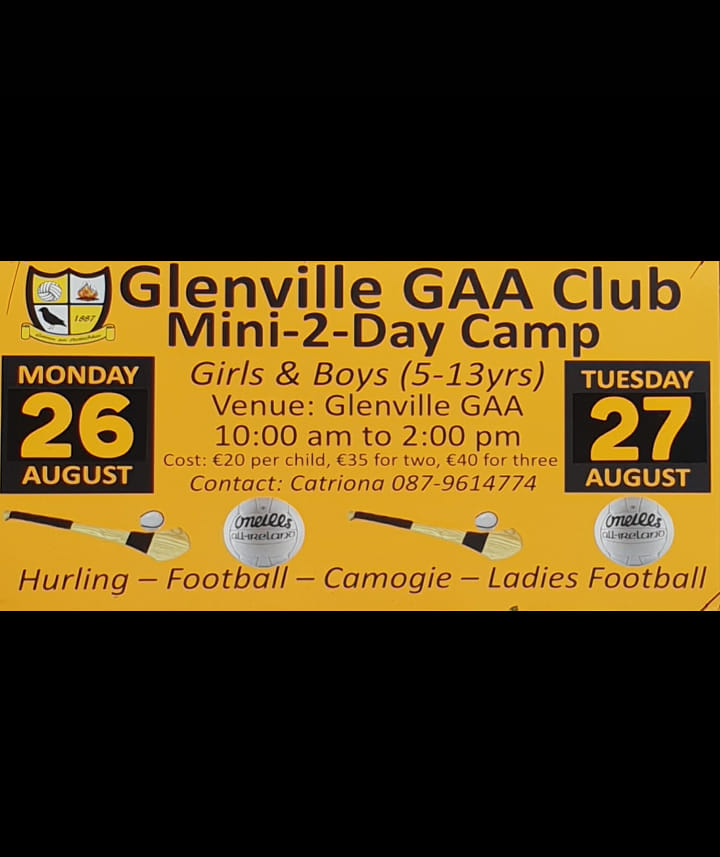 Glenville hosted Carrigtwohill on Monday night in round 6 of the U12 football league. Glenville were the dominant team from the beginning and played sublime football throughout. In the end the boys ran out convincing winners. Glenville’s last league group game is away against Kiltha Og. A win here would secure a semi-final spot.

Glenville GAA will run a girls and boys 2 day mini camp on Monday/Tuesday August 26th/27th. Last year we had a fantastic response to this so please register immediately to avoid disappointment. Contact Catriona 087-9614774