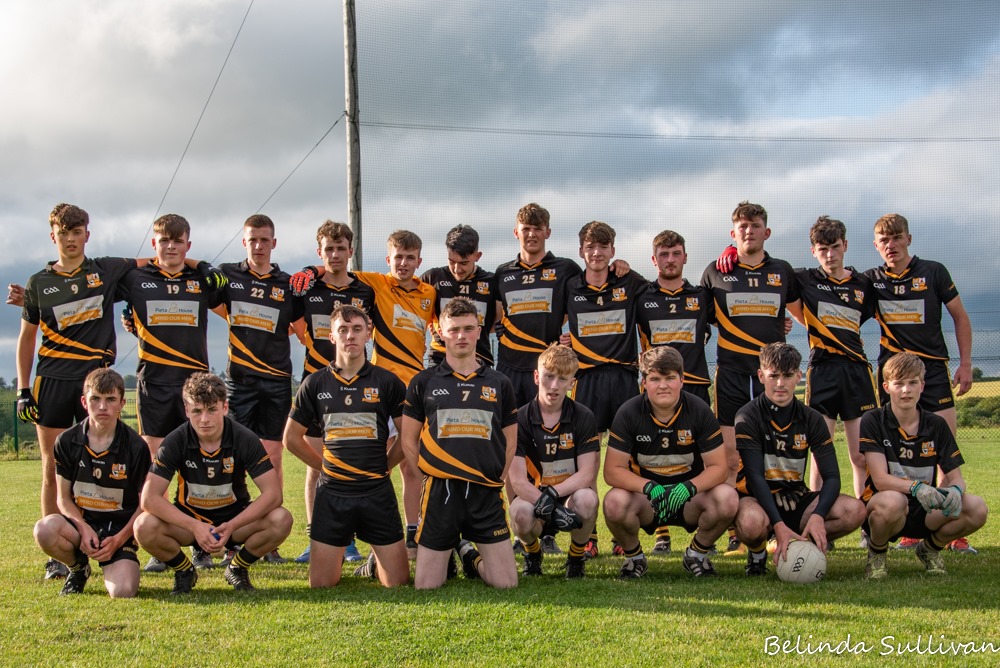 Glenville travelled to Whitechurch on Wednesday evening last to take on Kiltha Og in the opening round of the Minor football championship. After a sluggish start it was the Castlemartyr/Dungourney outfit who dominated the opening half and went in at half time leading 4-7 to 1-3. Glenville battled bravely in the second half but the goals in the opening half did the damage and Kiltha Og ran out worthy winners on the night. Glenville now enter the shield following this defeat. Opponents to be know over the next few weeks.

Glenville took on near neighbours Bride Rovers in round 6 of the U15 football league. After an even first half Glenville were behind by the minimum at the break, 1-4 to 0-6. However, in third quarter of the game the Rovers hit a purple patch and scored 1-5 without reply to go ahead by 9 points. Glenville finished strongly but couldn’t reduce the deficit enough with the points going to the Rovers.

The intermediate footballers continued preparations for championship when they travelled to Carrigaline to take on the home side in a challenge game on Tuesday evening last. This was a very useful game for both sides and very competitive throughout. After the hour’s play, Glenville came out on top on a score line of 2-9 to 1-9.

Glenville hosted Bishopstown in a Junior Football challenge game on Monday evening last. In a very entertaining and competitive game, the sides finished level, Glenville 1-18 to Bishopstown 3-12. This was a very good game in preparation for Championship. Glenville play Bride Rovers on Friday night in the east Cork Junior B football championship semi final.

Glenville GAA will run a girls and boys 2 day mini camp on Monday/Tuesday August 26th/27th. Last year we had a fantastic response to this so please register immediately to avoid disappointment. Contact Catriona 087-9614774